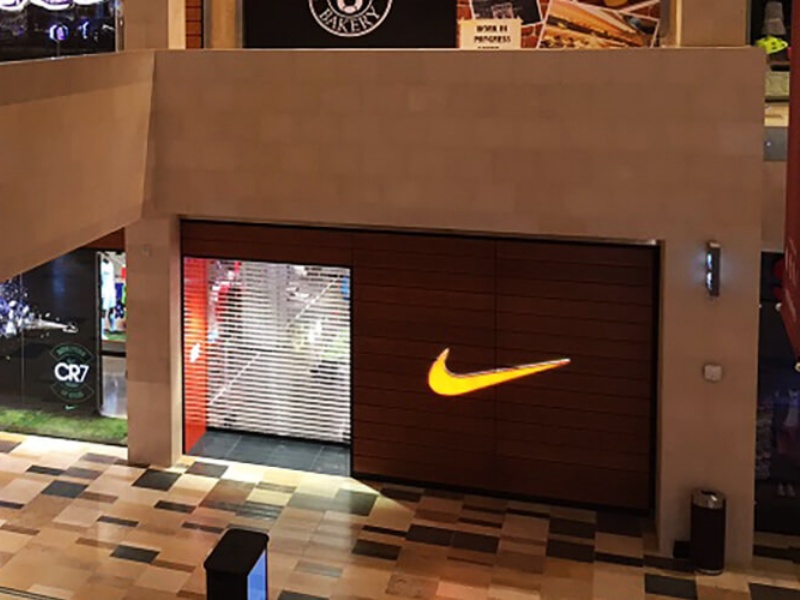 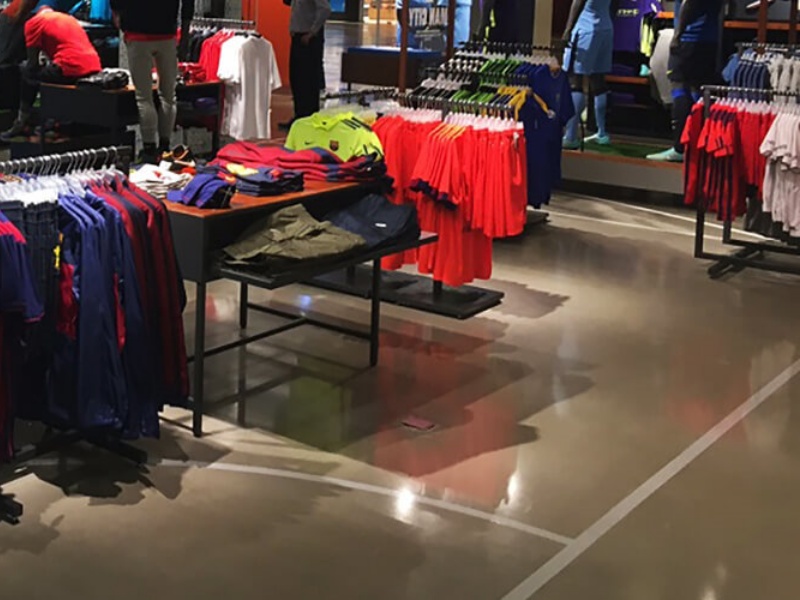 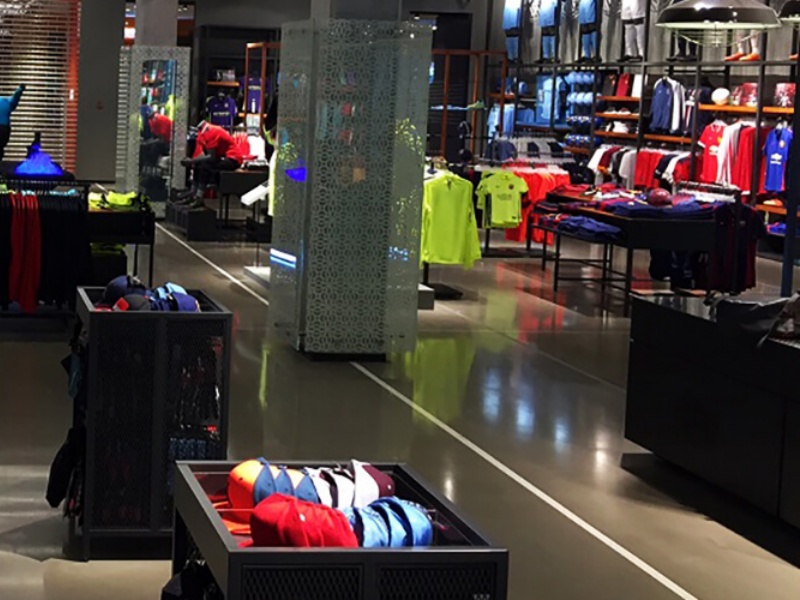 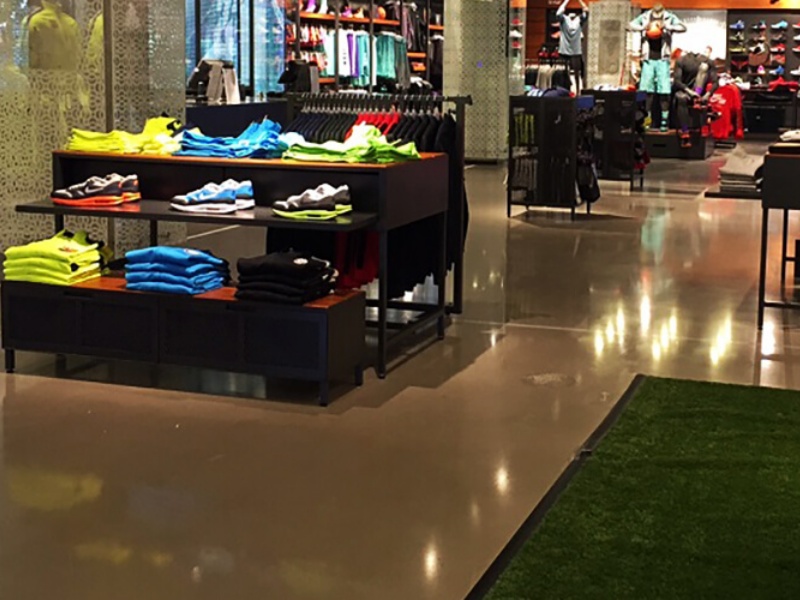 ARDEX Middle East (AME) converted Nike ME from polished screed Mapei to ARDEX PC-T and was offered to do the biggest Nike store in the world at Yas mall, Ferrari world, Abu Dhabi. Because of the Formula-1 Grand Prix Finale, AME had just 15 days to finish and handover the project before the Finale.

The screed laid by the contractor had a variation ranging from zero to 3 cm when checked with laser machine. The client wanted seamless floor with only the structural joints. So a smoothing layer of ARDEX K 80 was installed with reinforcing mesh to reduce the risk of cracking.

After 24 hours, ARDEX PC-T was laid. After 36 hours, the grinding processes started according to the seven steps per the ARDEX Middle East method statement. After that, line marking was placed with ARDEX R35E according to the Nike theme on both floors.

Nike agreed that the project was to be managed exclusively by ARDEX AME who were present throughout the project to ensure that the full ARDEX system was installed as per the recommendations.

The entire team from Nike, Inc. was present for the opening of the store. The lead designer, Jerry Ulysess Conduff, loved the floor and assured continued projects with ARDEX PC-T flooring for Nike. AME has completed two stores in Dubai and one each in Abu Dhabi, Bahrain and Kuwait, further stores are being upgraded in Doha, Dubai & Muscat.

Ms. Klairi, Nike Marketing, expressed her joy by saying she “can’t take her eyes off the floor which is enhancing the look of the store.”

Nike is very pleased with the exceptional service and AME has secured orders for around 70 stores for 2015.