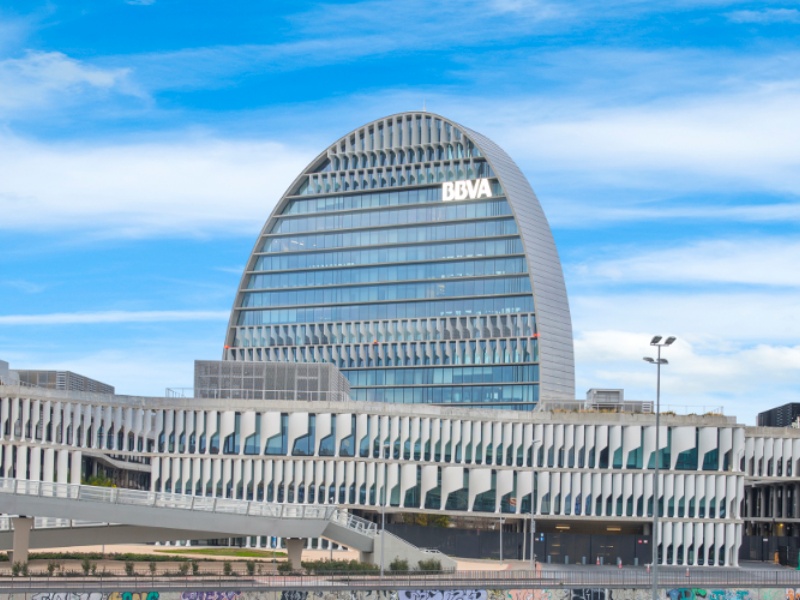 BBVA is the second most important bank in Spain. Their new headquarters buildings has been built in the North of Madrid during 2015 and 2016

The Ardex/Seire consisted in the coating with an anti-slip solution of all the parking areas bellow the buildings. The solution must be anti-slip and very durable as thousands of cars were expected every day. The flooring needed smooth surfaces what was difficult as the concrete was very uneven.

The first step was to levell the concrete using ARDEX K14 primed with ARDEX P51. Due to its Ardurapid® effect included in the formula of ARDEX K14, next day the smoothed floor was able to be coated with Seire’s epoxy resins. The protection of the floor begun with the use of SEIREGROSSPRIMER as a primer and first coat of the multilayer epoxy system. Applied with gummy squeegee, just after the application, SEIREGROSSPRIMER is sandblinded building up an strong and durable solution, perfect for the high traffic expected. After brooming and vacuuming the excess of sand, the construction of the protection sytem follows with the use of SEIREPOX MULTICAPA (100% solids epoxy resin specially designed for multilayer systems) wich coaver the sand encreasing thickness. The SEIREPOX MULTILAYER is sandblinded again as in the former step. The system finish applying a new coat of SEIREPOX MULTICAPA which seal the surface.